SMARTS Community Teaching Artists are employed by SMARTS and placed in partnering school systems to teach Visual Art, Music, and Dance year-round during and after school. 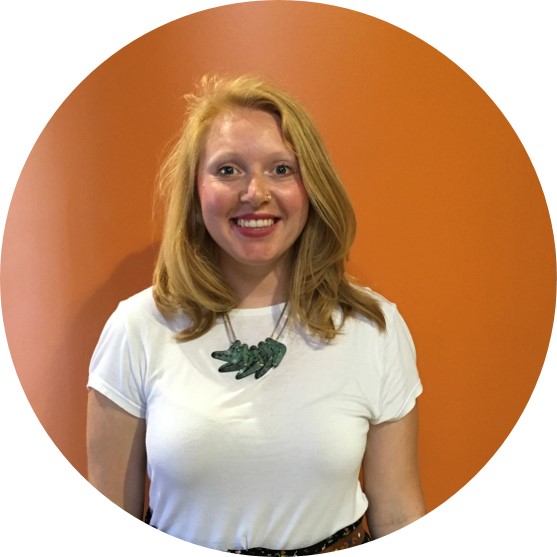 Weslie Broderick studied Interpersonal Communication and Studio Fine Art at the University of Toledo, followed by receiving her post-baccalaureate certificate in Ceramics from YSU. She is a visual arts community teaching artist through SMARTS for the seventh and eighth grade classes at Liberty High School, as well as the facilitator of the LHS Art Club for seventh through twelfth grade students. Weslie owns and operates West Meadow Pottery in Columbiana, OH, where she enjoys making cheerful mugs and individualized pieces of pottery. She loves spreading joy, laughter, and color to the community through both works of art and the written word. 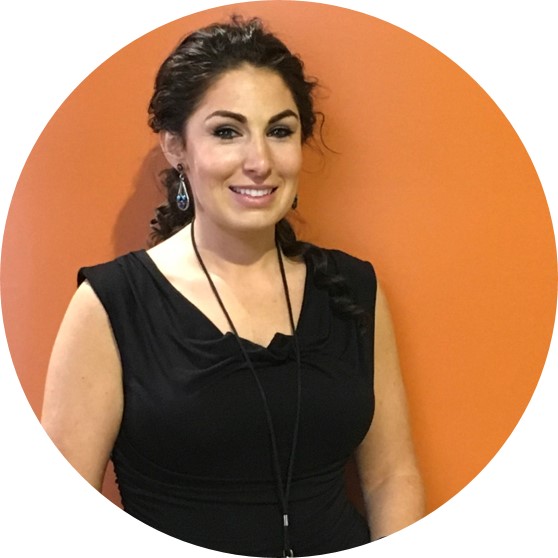 Kara Terlecki has brought her knowledge and expertise of the arts to SMARTS PK-12 and adult students this year. She has a degree in Art History and Studio Arts from YSU and has worked as a freelance professional artist and restoration conservator for The Butler Institute of American Art. She has been a part of SMARTS since 2017 and enjoys implementing her creativity and passion for art and self-expression into every class.  Kara teaches art and theater to SMARTS students. 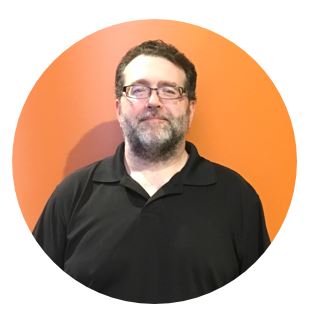 Robert Kerr is a professional artist and animator specializing in both digital and traditional media.

Self-taught and formally trained, he appreciates the guidelines of creating art while testing the artistic boundaries. His formative years included work in television production, graphic / web design, illustration and animation.

His creative process is organic and unique unto itself, like each project commissioned. With over twenty years of experience in the visual arts, he brings an individual tone and energy to every creation. 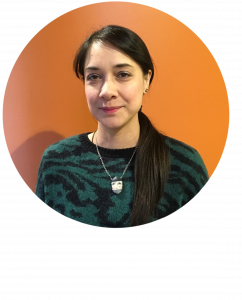 Marites Eldred is a multi-media artist and musician who believes creating is the most powerful act. She formally studied at Olivet College where she was awarded the Evenlyn Gray Anderson Memorial Scholarship and the Justus W. Cohoe Art Scholarship. Her work has been published and shown in many shows including the Butler Institute of American Art and the Kalamazoo Institute of Arts. 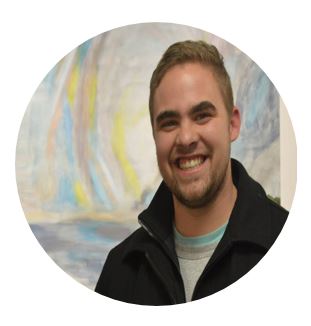 Daniel Rauschenbach is an American contemporary artist, curator, and gallerist. He completed his BFA in Ceramics and is currently working on his Master’s Degree in American Studies with a focus in Community Development at YSU. Daniel is “planted” as a SMARTS art teacher at South Side Academy and is the owner at the SOAP Gallery. He is also a board member with the Legal Creative. Daniel is a painter, printmaker, and ceramicist. He has exhibited in numerous group and solo shows on the east coast and his artwork is displayed in private collections worldwide. He was selected as one of Youngstown’s 25 Under 35 by the Mahoning Valley Young Professionals in 2017 and has been a SMARTS art teacher since 2016. 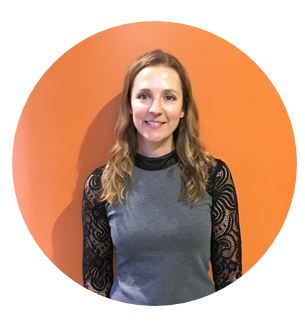 Dr. Haley Beverburg strives to provide her students with a well-rounded musical experience that combines the different facets of her musical background; piano, music theory, and composition. She graduated from the University of Arkansas with a BM in Music Composition and a BS in Physics and went on to earn her Master's and PhD in Music Theory at the University of Michigan. She studied piano as her applied instrument at both institutions. She has over fifteen years of teaching experience, including private instruction in piano, theory, and composition, and classroom instruction at the University of Michigan, YSU, and Youngstown City Schools. She also spent a year in Germany teaching English to high school students as a Fulbright Teaching Assistant. Haley has been teaching at SMARTS since 2017. 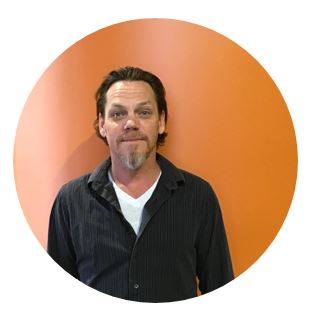 Simon Kenneally is a singer/songwriter, composer who has established multiple musical projects and solo projects. He has recorded and released thirteen studio albums. He has performed thousands of shows across the country and has been commissioned multiple times to create original scores for plays at various playhouses. He studied classical guitar at the Dana School of Music focusing on music education. He also studied secondary education at Youngstown State University and has been teaching music theory and composition publicly and privately for over 20 years. Simon teaches Rock Band, Studio Recording and Production, ukulele, guitar, and piano to SMARTS students. 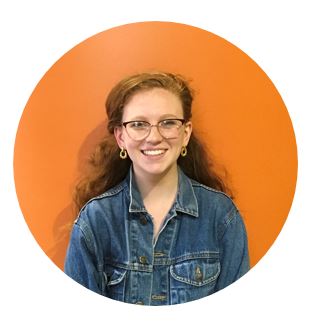 Claire Lyons is an active violinist in the Pittsburgh and Youngstown area. She began playing violin and piano at the age of six years old in her hometown of Monaca, PA. Claire currently attends Youngstown State University for Instrumental Music Education where she studies under Dr. Wendy Case. While at Youngstown State University Claire is an active ensemble member of the orchestra and multiple chamber music groups. Claire has a strong interest in orchestral studies and is an active performing member of the Greenville Symphony Orchestra. She has been a SMARTS Violin teacher since the Fall of 2018 and enjoys teaching violin to students of all ages. 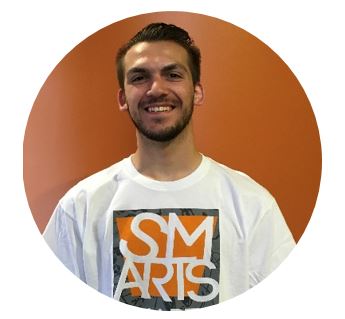 Max Franko is a composer and performer from the Youngstown area and is finishing up his degree in music theory and composition at Youngstown State University. As a composer, he scores independent films, writes songs, orchestrates for musical theater, and composes for ensembles of all shapes and sizes. As a performer, he plays the trumpet, piano, and a little bit of guitar.

Max composed music for many SMARTS commercials and the SMARTIVERSE animated short. 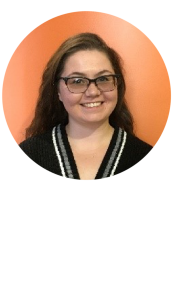 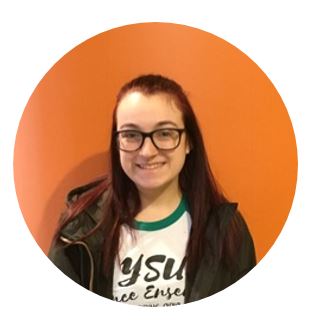 McKenzie Sella is a senior at YSU for B.A. of Dance Management. She is the current Social Media Chair for YSU Dance Ensemble, Choreographer for YSU Dance Ensemble 2 years, Member of Alpha Psi Omega Dance and Theater honor society, former high school cheerleading coach, and featured choreographer for CCAC at YSU. She has teaching experience at SMARTS and Torrie's Academy of Dance for ages 3-17. 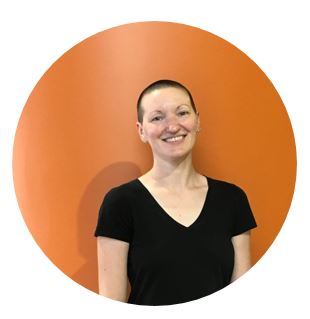 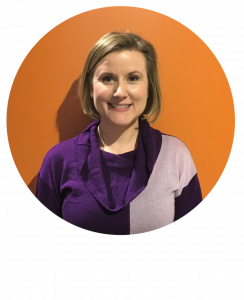 Amanda Beagle is a Warren, Ohio based singer/actor who has spent the greater part of her professional life invested in the development of young people through the arts. She has maintained a private vocal studio since 2001, both in the Warren/Youngstown area and New York City. She has been on faculty with music schools in New York City and South Orange, New Jersey serving a diverse body of students. An experienced theatre teaching artist, she has also trained extensively with Lincoln Center Education, The Metropolitan Opera Guild Education Department and The City College of New York in educational theatre and teaching artistry.  Ms. Beagle currently serves on the Musical Theatre voice faculty at Youngstown State University.

Amanda's history with SMARTS dates back to 2001 when she was a sophomore vocal performance major at Youngstown State University. During that time, she worked on a SMARTS team that facilitated the Metropolitan Opera Guild's education program called Creating an Original Opera in which students wrote, produced and performed their own works of musical theatre. SMARTS was also Amanda's community service platform as she competed for the job of Miss Ohio. 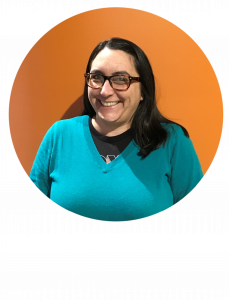 Kara Zone likes to make words and pictures. As a writer and an artist, she enjoys spilling her emotions out on a page or a canvas just to see what they look like. Sometimes they are a chaotic mess, and sometimes they are a beautiful mess, but it's always great because they get out of her head and heart, and she can examine them closer.

​She enjoys digital art as much as physical art. She says that digital art gives you the freedom to try something in a hundred ways if need be, and then you get to print it out or save it forever.

Thanks for your message! We’ll be in touch soon.